In the wake of the Jan. 6 assault on the United States Capitol and some members of Congress carrying firearms near the House floor, Democratic lawmakers are proposing a ban on guns in Congress.

“I’ve been pushing for years to change this outdated rule, knowing there was an inevitable risk in allowing members to carry guns in the Capitol,” Rep. Jared Huffman, D-California, the primary sponsor of the ban, said in a statement. “While we’d like to think we could rely on common decency, we now have colleagues who are QAnon and white supremacist sympathizers, incite violence and insurrection, and have even bragged about bringing guns into the House chamber.”

Huffman so far has collected 39 Democratic cosponsors for his measure.

The lawmaker introduced the bill in late January after Rep. Andy Harris, R-Cockeysville, was stopped short of the House floor for carrying a gun. Other Republicans previously had ignored metal detectors placed at the entrance to the House floor after the Capitol assault, prompting House Speaker Nancy Pelosi, D-California, to impose fines on anyone refusing to abide by the security procedures.

Firearms, dangerous weapons, explosives, or incendiary devices already are expressly forbidden near or on the House floor.

Huffman’s legislation addresses a loophole in current Capitol Police Board regulations that allows members of Congress and their staffs to carry weapons on the Capitol grounds. If enacted, the bill not only would ban weapons but also would require members to follow the gun safety and registration requirements established by the District of Columbia.

“These outdated and dangerous rules must be modernized. Members of Congress should not be above the law,” Huffman said.

“The existing exemption for representatives increases the risk of gun violence for members, staff, and the public,” she said in the statement. “It’s long past time we close the member loophole and protect all who enter the Capitol complex.”

Harris alerted a magnetometer Jan. 21 outside of the House chamber and was found to be carrying a concealed firearm. The incident resulted in Harris receiving a security pat-down and the Capitol Police launching an investigation.

Capitol Police did not respond to Capital News Service about whether the investigation into Harris is still open.

Harris’s chief of staff, Bryan Shuy, issued a statement following the incident, saying it was a matter of public record that Harris has a Maryland handgun permit, always follows House rules regarding metal detectors and wanding and has never brought a firearm onto the House floor.

“Because his and his family’s lives have been threatened by someone who has been released awaiting trial, for security reasons, the congressman never confirms whether he nor anyone else he’s with are carrying a firearm for self-defense,” Shuy said.

Ocasio-Cortez is not a cosponsor of Huffman’s No Congressional Loophole Act.

The bill’s supporters argue that members of Congress should be held to the same laws as all those who walk through the Capitol grounds. Huffman said that given the rise of political violence, members and staffs not complying with gun safety standards leads to an unsafe workplace.

“As a survivor of gun violence, I know what it’s like to battle for your life after being shot five times and left for dead,” Speier said. “And statistics show that accidents happen when there are firearms around.”

Speier was a congressional aide when she was severely wounded during a 1978 ambush by People’s Temple followers in Jonestown, Guyana, an attack that left five people dead, including her boss, Rep. Leo Ryan, D-California.

Opponents of the bill claim that such an act would infringe on lawmakers’ right to self-defense in a time of ever-growing threats and political violence.

A group of 83 House Republicans signed a letter to House leadership urging both parties’ leaders not to change the rules governing the carrying of firearms. The letter cited a history of violent attacks on members of Congress and Capitol Police.

“Protecting the safety and lives of members of Congress is of the utmost concern and isn’t a partisan issue,” the letter said. “We ask that you stand with members of Congress on both sides of the aisle that support the lawful and current Capitol Police Board regulations that have existed for more than half a century.”

A proposal similar to Huffman’s was not included in the rules package governing the 117th United States Congress.

Huffman’s proposal was referred to the House Transportation and Infrastructure Committee for consideration.

“For everyone’s safety, members of Congress must be subject to the same gun restrictions that apply to everyone else who visits or works in the Capitol,” Huffman said. 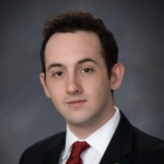