Two years ago, she talked to her school principal about implementation of a policy to ban those symbols — but was told it was beyond the school’s jurisdiction. So, she tried two superintendents.

Neither got back to her.

There was no statewide policy regarding hate symbols in schools — and Hereford High didn’t have one, either — leaving Shats and students like her with few options.

But now, that might just change, as a bill in the Maryland state Legislature is aiming to ban the display of symbols of hate in public schools effective July 1.

“Allowing students or others to wear or display these symbols on school property or at school sponsored events, is both offensive, and is disruptive to the learning environment,” Del. Michele Guyton, D-Baltimore County, told a committee on Feb. 5.

The law, filed as HB0418, would institute a statewide order disallowing any symbols of hate including, but not limited to: swastikas, Confederate flags and nooses — though they can be displayed in classroom settings.

Guyton, the bill’s sponsor, said it’s a timely and necessary measure, especially in light of the emergence of the Black Lives Matter movement to the forefront of the national conversation.

“If we can’t do it this year, I don’t know when we can,” Guyton told Capital News Service. said.

The bill names swastikas, Confederate flags and nooses in its text, but leaves it to individual school districts to identify other symbols to prohibit.

Specifically, jurisdictions are allowed to ban the display of any symbol, image, or object that “may be reasonably forecast to cause a disruption.”

The bill came from Shats’ urging.

After conversations with her mother, and spurred by her involvement in Baltimore County’s Black Lives Matter movement, the senior got in touch with Guyton.

Guyton, who grew up in Alabama, had seen Confederate flags regularly growing up — was interested in fashioning a bill.

“Having that extra impetus from students solidified it for me,” Guyton told Capital News Service.

The bill doesn’t offer a regulation for what is to happen when these situations do come up.

That’s up to the individual districts, Guyton said.

She had students wear shirts emblazoned with Confederate flags, or other offensive imagery.

In response, she gave spare T-shirts to an assistant principal, designated to be handed out to students who sported clothes that violated school policy.

And she found that students complied — albeit grudgingly.

HB418 has continued to work in that same vein, offering students the opportunity to cover up or remove the symbol of hate.

“This isn’t about punishment… It’s much, much more about awareness,” Guyton said.

Five Maryland jurisdictions already ban specific hate symbols, while 14 have a general policy against them.

But there’s no statewide precedent banning them altogether.

At the bill’s original hearing, only one testimony was sent in opposition.

John Woolums, director of government relations for the Maryland Association of Boards of Education, argued that the decision to ban symbols of hate should be deferred to Maryland’s local boards of education.

Still, after the bill went through some amendments — such as more clarification regarding what constitutes a symbol of hate — Woolums’ organization was on board.

“MABE is not opposing House Bill 418 as amended and passed in the House of Delegates,” Woolums said in an email.

The legal precedent for HB418 is complicated. However, there are no constitutional grounds for absolute freedom of speech in schools, Guyton said.

To account for that, Guyton has tailored the language in accordance with other court cases that have focused on First Amendment rights in school — which she hopes will deter legal challenges.

“People have been saying, ‘It’s our First Amendment right’,” Shats said. “It’s not.”

The bill now goes to the Senate, where a committee hearing is scheduled for April 1.

“Unfortunately, hate is a universal issue. We want to nip it in the bud, especially when kids are young,” Guyton said. 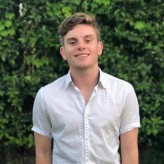