They are sponsoring identical Senate and House bills, each called “the Green New Deal for Public Housing Act,” that would lower utility costs and reduce environmental hazards like lead and water poisoning.

“At this time of unprecedented crisis, we must move forward to boldly address the systemic and existential threats facing us today,” Sanders said in a statement. “That includes combating climate change and making sure that every American has a safe and decent place to live.”

The two progressive lawmakers are looking to go well beyond President Joe Biden’s proposal in his $2 trillion infrastructure plan to spend $40 billion to improve public housing.

But the progressives’ plan faces a heavy lift in Congress, where Republicans appear unanimously opposed to anything connected to the Green New Deal.

Senate Minority Leader Mitch McConnell, R-Kentucky, has attacked Biden’s overall agenda as an effort to answer the demands of Sanders and other progressives.

McConnell has vowed that he would oppose the infrastructure plan “every step of the way,” and on Monday told reporters “I don’t think there will be any Republican support — none, zero” for either the infrastructure bill or Biden’s nearly $2 trillion jobs and education proposal.

The GOP has unveiled a $568 billion infrastructure package that focuses on roads, bridges, transit, ports and wastewater treatment plants.

The budget would also go to upgrading, replacing, and improving public housing units to make them energy efficient. Public housing energy bills with the proposed legislation would be reduced by up to 70 percent, or $613 million, by electrifying all public housing with carbon-free sources, such as on-site solar panels.

Water bills would also be reduced by up to 30 percent, or $97 million, through the electrification of water heating. Gas stoves and water heaters, which rely on fossil fuels, would also be replaced by electric appliances.

The transitioning of the U.S. public housing stock into zero-carbon, energy-efficient communities would reduce annual carbon emissions by roughly 5.6 million metric tons, according to the lawmakers.

Low-income households on average spend 16.3 percent of their total income on energy costs, compared to 3.5 percent for other households. This can often force public housing residents to choose between paying energy bills or other expenses like health care, medicine, groceries, and childcare, according to Sanders and Ocasio-Cortez.

“With its focus on transforming nearly 1 million units of public housing, the Green New Deal for Public Housing Act will spur economies of scale for weatherization, retrofitting, and renewable energy, making them more cost effective and livable throughout the country,” the lawmakers said.

Residents of public housing also often suffer worse health outcomes due to mold infestations, poor indoor air quality, and unsafe temperatures. According to the National Center for Health in Public Housing, patients at primary care centers for public housing residents are more likely to be diagnosed with asthma, diabetes, depression and other mood disorders than those not living in public housing.

“Too many families reside in public housing that has been neglected by our country’s political leaders for years, forced to choose between living in homes with toxic mold and unreliable heat, or sleeping on the street,” Varshini Prakash, executive director of Sunrise Movement, said in a statement.

A report by the Climate + Community Project, a climate policy initiative launched by the University of Pennsylvania’s McHarg Center in 2020, found that the proposed legislation would cut asthma rates by an estimated 18 to 30 percent in New York City’s public housing. Improved environmental quality and new on-site health clinics and services would create better health outcomes for public housing residents, according to the group.

The bill would also create up to 240,000 union jobs per year across the country, according to the Climate + Community Project.

“The Green New Deal for Public Housing includes opportunities for residents to finally gain access to promised jobs, while improving their quality of life and planning for climate resilience,” Wanda Salamán, executive director of Bronx-based social justice organization Mothers on the Move, said in a statement.

The Green New Deal for Public Housing Act is co-sponsored in the Senate by Sens. Elizabeth Warren, D-Massachusetts, Ed Markey, D-Massachusetts, and Jeff Merkley, D-Oregon, and has been endorsed by 20 organizations. In the House, the bill has 22 co-sponsors. 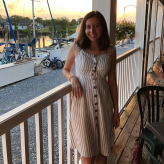