In Montgomery County, there is a growing debate about the role of police in addressing mental health crises. The county’s population is reliant on only two in-person assistance resources for behavioral-health related incidents.

Nationwide, one in four victims of police shootings are experiencing a mental health crisis, according to the Treatment Advocacy Center.

Mental illness impacts a growing number of Americans. In 2019, an estimated 5% of adults had serious mental illness and 21% had any mental illness, according to the Substance Abuse and Mental Health Services Administration (SAMHSA). They define a psychiatric disorder as a diagnosable mental, behavioral, or emotional disorder, other than a developmental or substance use disorder.

Maryland 2-1-1 is a statewide resource comprised of four agencies that provide access to health and human services. The easy to remember three-digit number offers trained specialists 24/7 for calls from people in need of guidance or behavioral-health treatment information in addition to other community solutions. However, their services do not include in-person support to resolve crisis incidents.

Behavioral health resources in Montgomery County are overwhelmed. According to a study by Montgomery County’s Office of Legislative Oversight, police respond to an average of 19 mental health situations a day. These calls take longer than other 911 calls.

The Montgomery County crisis center— a 24-hour service that provides emergency crisis evaluations for individuals who are experiencing a mental health crisis— receives more than 100 calls and 15 walk-ins per day.

Montgomery County residents can contact the mobile crisis unit at (240)777-4000, to receive guidance from trained mental health workers who are capable of evaluating people in crisis and are able to file an emergency petition.

The mobile crisis team completes an average of 40 responses a month. But according to the county’s office of legislative oversight, it can take up to an hour in traffic for the Mobile Crisis Team to respond to cross-county calls.

Council President Hucker told DCist/WAMU in late March that he hopes the expansion of crisis units and the county’s mental health resources will fundamentally change how certain crises play out.

“In a county like Montgomery County, the only trained professional we have to send to our residents when they’re in a behavioral health crisis shouldn’t be an armed police officer; it ought to be a trained mental health professional.” Hucker told WAMU. “The goal is really separating law enforcement from behavioral health services.”

Making or attempting arrests and organizing emergency evaluation petitions accounted for 92.9% of incidents where force was used in defense against assaults or in response to resistance in Montgomery County, according to the Montgomery County Police’s annual use of force report from 2019.

The Maryland affiliate of the National Alliance on Mental Illness advises those witnessing a psychiatric crisis to contact emergency services offered in their county. Trained behavioral-health respondents can file a petition for emergency evaluation if an individual’s neighbor or loved one is unwilling to pursue treatment. The criteria for filing a petition includes an individual that presents life-threatening symptoms of a mental disorder and a danger to the safety of any individual or group.

About a third of all police responses to mental health situations, and over a third of Mobile Crisis Outreach Team responses, resulted in involuntary hospitalization through a petition for emergency evaluation, according to a report from early March by the Office of Legislative Oversight in Montgomery County.

The report found that approximately 58% of officers had completed the 40-hour crisis intervention training program. But critics say the presence of police in mental health situations is likely to escalate a psychiatric emergency, especially for some people of color who associate police with threats of harm.

Nationally, Black individuals are less likely than white individuals to use mental health services but are more likely to use psychiatric emergency services and to be subject to involuntary commitment.

In Montgomery County, Black individuals are over represented and Asian and Latinx individuals are underrepresented by population among individuals served by the Mobile Crisis Outreach Team. Black residents experiencing a mental health situation are also more likely to be subject to petitions for emergency evaluation by police. 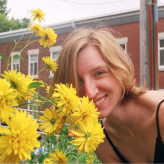