The state of LGBTQ laws and policies across the United States
By Anton Van De Motter and Amanda Allen  -  May 12, 2021
181 views

Over 250 anti-LGBTQ bills have been introduced in state legislatures this year according to the Human Rights Campaign, an LGBTQ advocacy group. At least 35 of these bills would affect gender-affirming medical care for transgender youth, and at least 69 bills would affect transgender youth participation in sports. 17 anti-LGBTQ bills have been signed into law this year.

Among those laws is Arkansas’ ban on gender-affirming medical care for transgender youth, the first of its kind in the United States. The bill made headlines as the state legislature voted to override Gov. Asa Hutchinson’s veto.

Dubbed the “Save Adolescents from Experimentation Act,” the bill restricts access to gender-affirming health care for anyone under 18, even with parental consent. The bill does not take into account those already receiving medical treatment and would interrupt their care. Health care providers who offer gender-affirming treatment would be at risk of losing their license.

Similarly, 21 states have introduced bills to deny gender-affirming medical care for youth. According to UCLA’s William Institute, about 45,100 transgender youth could be affected by the medical bans.

Eight states have banned transgender students from participating in sports consistent with their gender identity. This means that five percent of the LGBTQ population are not able to participate in sports if they live in Alabama, Arkansas, Idaho, Mississippi, Montana, South Dakota, Tennessee or West Virginia, according to data from the Movement Advancement Project.

CNS collected and mapped laws and bills relating to LGBTQ rights across the United States. CNS also used the Legislative Tracker from Freedom for All Americans and data from the ACLU, which track all bills related to LGBTQ discrimination during the 2021 legislative session. Hover over each state on the map above to find out more information or explore the table below. 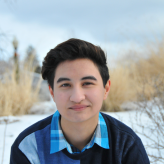