LGBTQ+ protection laws will include gender identity in state hate crime cases and eliminate finding out someone’s gender identity or sexual orientation as a defense in court.

Elsewhere in the new laws, it will be illegal for adults to release balloons and veterans can adopt a new pet without a fee.

Police data (HB1248) — Beginning in March, local law enforcement agencies must annually report information about use of force incidents involving a police officer and resulting in a monetary settlement or judgment against the agency. The agencies will report the age, gender, ethnicity and race of each person involved — including the police officer — to the Governor’s Office of Crime Prevention, Youth and Victim Services, which will share the information publicly. —T.A.

Police sexual activity and open cases (SB43) — A new law expands the group of people law enforcement officers are not allowed to have sexual relationships with. The policy will add victims, suspects and witnesses in an officer’s open cases to the existing law, which banned sex with people in the officer’s custody.  —A.M.

Automatic expungement (SB 201) — Any police or court record of a three-year-old civil or criminal charge that was acquitted, dismissed or resulted in a not guilty verdict must be automatically expunged by Maryland courts. Before this law, defendants had to petition for expungement, and many never did, data shows– now, they will be notified by mail that the work is done. This process is estimated to save courts 75 minutes per record, but may require that new clerks be hired on. —R.L.

Shortened sentences for continued education (HB89) — Incarcerated people can have their sentences reduced for continuing their education. A new law shortens a person’s sentence by 60 days if they earn a degree or certificate, but only if they were not convicted of certain violent crimes. —A.M.

Juvenile sexting (HB180) — Juvenile courts will treat cases of consensual sexting among youths — where the age difference between sender and recipient is less than four years — different from cases of child pornography. Instead of sending children to community detention for sexting, courts can order those children to participate in an educational program on the risks and consequences of sexting. —T.A.

Reducing life sentences for minors (SB 494) — Maryland courts are prohibited from giving a minor tried as an adult a life sentence without the possibility of parole. A minor convicted of an adult offense can file a motion to reduce a life sentence and the court must conduct a hearing. —A.R.

Crime victims access to private rooms (HB193) — A new law will require law enforcement to allow victims of violent crime access to a private room when reporting a crime against someone. The victim’s reports specify a crime that causes injury to a person. —B.P.

Free online course on child abuse (HB9) — A new law requires child abuse education courses to be published on the Maryland Department of Human Services’ website. This course offers guidance on how to identify and report child maltreatment. —B.P.

Elimination of the ‘gay-trans panic defense’ (HB231/SB046) —  The new law prohibits the discovery or perception of someone’s national origin, sex, gender identity or sexual orientation as a reason to change the sentencing from murder to manslaughter. This bill would cancel the “gay-trans panic defense,” that says it was the discovery of victim’s sexual orientation or gender identity that caused the killing and in turn, shifts the murder to a manslaughter. —A.R.C.

Commission on LGBTQ Affairs (HB 130) — Establishes a commission on LGBTQ affairs in the Governor’s Office of Community Initiatives. The commission will be tasked with producing an annual report that provides policy recommendations to end discriminatory practices against LGBTQ adults and youth. —A.A.

Mental health for veterans (HB 605/SB164) — Mandates the Maryland Department of Health to provide mental health services for veterans that meet the criteria set by Maryland Behavioral Health Services. Creates a mental health education program that helps veterans and their families recognize and respond to signs of mental illness and substance abuse. —C.W.

Pet adoption for veterans (HB 563/SB338) — Veterans can adopt a pet without paying an adoption fee, under a new law going to effect. The policy will require publicly operated animal shelters to allow a veteran to adopt one cat and one dog every six months without a fee. —A.M.

Vending machine drug sales (HB107 / SB499) — People are no longer prohibited from disposing of, selling or distributing drugs through vending machines or similar devices. This includes over-the-counter drugs and some prescription medicines.  —T.A.

Lower-cost drug option (SB 537) — Pharmacists are required to inform consumers about a lower cost drug alternative to their prescribed medication or medical device. Pharmacists will also document that a patient was notified in writing or verbally of the drug’s equivalence. —B.P.

Collection of racial/ethnic data (HB 309/ SB565) — Maryland will begin to collect racial and ethnic data about all licensed or certified health workers. The data will be compared to the racial breakdown of the state and published in a report card updated every six months. Previously, racial breakdown data was collected only about registered physicians. —R.L.

Mental health facilities and sexual abuse reporting (HB 881) — All residential treatment facilities in Maryland must report cases of sexual abuse no more than 24 hours after receiving the complaint. Cases can be reported to the Behavioral Health Administration, the Office of Health Care Quality, or Child Protective Services. Currently, reports of sexual abuse must be reported, but the new law will add a deadline to discourage organizations from handling reports internally. The bill will require the Behavioral Health Administration to develop training for staff to help patients file complaints and teach them how to identify sexual abuse. —A.R.

Prohibition on releasing balloons (HB391/SB716) — A new law that will outlaw anyone over the age of 13 from intentionally releasing a balloon into the atmosphere and organizing a mass release of 10 or more balloons. Violators of this new law would face a $100 fine and be required to perform community service and/or watch an educational video. The bill aims to curb the environmental harm from the release of balloons. —A.A.

Cybersecurity (SB049/HB038) — This law requires the secretary of information technology to advise the legislative and judicial branches of state government on the condition of cybersecurity and ransomware software, with some exceptions. The bill was drawn up in response to a growing number of ransomware attacks, data breaches and other cyberattacks in 2019 and 2020. —A.R.C.

Affordable home loans for students (SB637) — Allows a faction of the Maryland Department of Housing and Community Development to assist current students or recent graduates of four-year colleges and universities in the state procure low-interest home loans to purchase homes within the proximity of their respective schools. —C.W.

Creating the Governor’s Office for Immigrant Affairs (HB15/SB85) — A new office will establish service centers for immigrant-dense neighborhoods, costing over $320,000 state-wide the first year. The state-funded centers are tasked with promoting English language programs, strengthening access to career options and assisting with paths to citizenship. The office will also establish a multi-lingual hotline and website for help with these services, as well as for reporting crime and fraud; local centers are to use these reports to help combat crime against immigrants. —R.L. 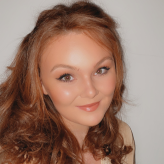 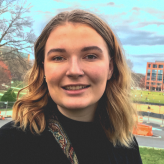 Bethany Probst is a journalist in the Capital News Service Annapolis Bureau. She has worked as a freelance writer for the Writer's Bloc and Associate Editor for Campus Current. Reach her at bethaprobst@gmail.com and follow her at @bethanyaprobst.

Rachel Logan is a journalist in the Capital News Service Annapolis bureau. She has worked as a data reporter and web developer for the Howard Center for Investigative Journalism, and has covered health, business and features for the Daily American, Our Town Johnstown and the College Park Here & Now. Reach her at rllogan@umd.edu and follow her at @arobotwriting on Twitter.