With the emergence of COVID-19, the world has likely changed forever. Does that mean our screen time has to as well?

Between online meetings and classes, communicating with friends and entertaining ourselves, big parts of life are now lived online and on a variety of social media platforms.

One study by JAMA Pediatrics found a sharp increase in screen time amongst adolescents, rising from the pre-pandemic rate of 3.8 hours a day to 7.7 hours a day. 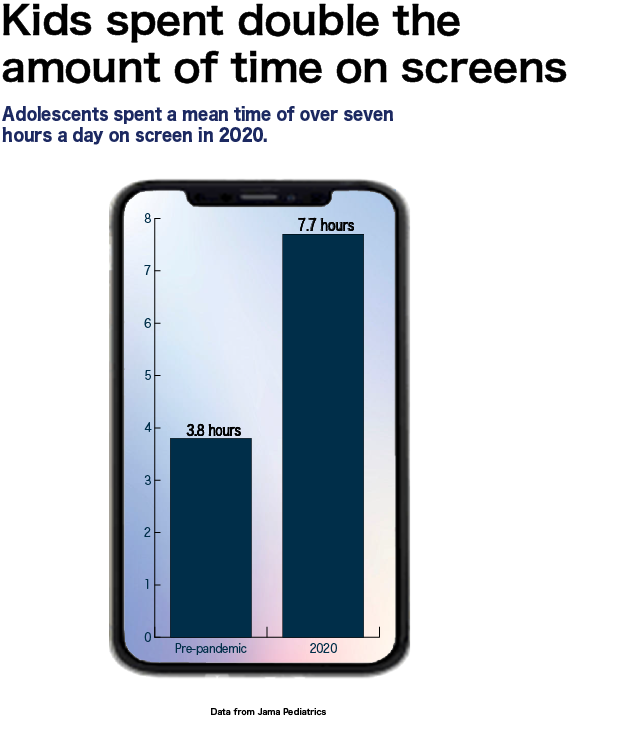 Nathan Blanken is one University of Maryland student that has seen a sharp increase in his phone and social media usage.

“When the pandemic hit I was a senior in high school. And so, being in school for eight hours, and then I’d have sports practice. I’d go home, eat dinner, basically pass out. Whereas now, in college, I can kinda go to class for an hour, hang out for a couple of hours, do whatever,” says Blanken, a sophomore computer science major.

“I have found that in some of the online classes, it’s really hard to pay attention. And I find myself wanting to open up Instagram really quick or send a Snapchat to someone. Whereas in an in-person class I don’t really feel that as much.”

In an effort to break up the time spent on a screen, and as an act of self-care, Blanken, who is the president of UMD’s chapter of Active Minds, an organization aiming to change the conversation around mental health, made the effort to get outside, even going as far as to attend his online classes outdoors.

Another study, conducted by Common Sense Media, found similar results, finding that teenagers spent an average of just under seven and a half hours a day on a screen, not including hours spent online for school and homework.

According to frequent Instagram user Hannah Swanstrom, a UMD sophomore and marketing major, “I feel like a lot of my screen time is just seriously driven by Instagram and TikTok. I definitely use those more than I have ever before.”

Swanstrom estimates before the pandemic she spent 5-6 hours a day on her phone. When we spoke, her average daily screen time for that week was at 7 hours, which Swanstrom said was rather low for her pandemic era usage.

Laurel Dietrick, a junior neuroscience student at UMD, also feels the pandemic has changed the way she uses her phone and computer, “I definitely see more of a dependence on my phone, and that would obviously subsequently increase my screen time.”

Bilal Nyle Zafar, sophomore psychology and information sciences double major, and Tony Cabral, a senior journalism major, have also both found themselves spending more time on screens since the pandemic. They both work for The Hare, a UMD student-run comedy publication.

Zafar manages the Hare’s social media accounts, meaning a lot of the time he spends on social media lies in monitoring the accounts.

“Instead of just scrolling through just looking for content, I’ve taken a lot more of an analytical approach, like when I’m seeing popular accounts posting, it’s looking at what kind of graphics they used, what made them viral,” says Zafar.

While they may spend more time on their phones now than before the pandemic, Cabral saw the pandemic as a potentially positive opportunity for the Hare to reach more people through social media and grow their platform.

“When I recognized that we could do this all remote, I really made an effort to say we should push onto social media, and we did,” says Cabral.

According to Zafar, he has seen a shift since COVID-19, saying that the pandemic has “Definitely cemented social media as a major source of marketing and sharing.” 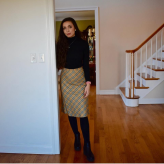