ANNAPOLIS – Nearly two weeks after Russia’s military forces descended upon its western neighbor, leaving many parts of Ukraine in ruin and thousands of its citizens in need of medical care, the University of Maryland Medical System and Johns Hopkins Medicine are sending more than $4 million in medical supplies to the country, the institutions announced in a statement Tuesday.

“Right now, medical supplies most urgently needed are items that allow medics and other caregivers to address a growing number of battlefield injuries among both military and civilian casualties, including children and other innocent bystanders,” Dr. Mohan Suntha, president and CEO of the University of Maryland Medical System, said in the statement.

News media have reported doctors delivering babies in makeshift facilities in basements and other locations. The U.N. expects more than 80,000 women in Ukraine to give birth within the next three months, according to Business Insider.

The medical supplies are an outgrowth of the institutions’ experiences during the coronavirus pandemic, Dr. Lisa Ishii, senior vice president of operations for the Johns Hopkins Health System, told Capital News Service in an interview.

“We want to lean into the partnership that we developed working close together in the pandemic to now turn our resources to supporting people in the Ukraine,” Ishii said.

The help being sent to the embattled nation is reflective of the scramble to stock their facilities properly to deal with COVID-19 cases and hospitalizations, Ishii said.

She said the medical facilities hope to get the supplies shipped by the end of the week through Project C.U.R.E., a nonprofit relief organization that delivers medical supplies and equipment to “countries in need.”

The Johns Hopkins Hospital dome and buildings on each UMMS campus have been lit since last Friday in blue and yellow, the colors of the Ukrainian flag, officials said. The organizations said in the statement they will keep up their displays until further notice.

Many residential areas have been ravaged by Russian airstrikes and explosives, including Kyiv, Mariupol, Cherniv, Kherson, Kharkiv, and others, Liz Throssell, a spokesperson for the U.N. High Commissioner for Human Rights said in the statement.

Since the start of the invasion, the Office of the U.N. High Commissioner for Human Rights has verified more than 1,200 civilian casualties, but the organization suspects the actual figure is much higher, because the assaults on Ukrainian infrastructure have made it difficult to verify information, according to a statement Tuesday.

Among those reported are 406 individuals who were killed and 801 who sustained injuries, according to the statement.

“At the core of who we are is a group of people who seek to honor and safeguard each human life,” Sowers said. 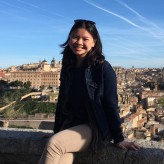