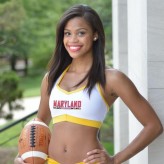 For nearly a quarter-of-a-century, a local store in Washington’s Shaw neighborhood has entertained the public with Go-Go played on external protests. A recent protest by neighbors silenced the music. But it didn’t last long after Go-Go fans united to get it turned back on.

Lawmakers urged the General Assembly to approve a funding plan based on the “Blueprint for Maryland’s Future.” The proposed legislation is an outgrowth of the work being done by the Kirwan commission which is looking at ways to improve Maryland’s school system and provide students with the resources to succeed in college and their careers.

The kick-off of Washington’s annual cherry blossom festival is now less than two weeks away. And along with local officials providing details of the many events scheduled during the festival came word many wait for at this time of year: when the blossoms will be in peak bloom.

Federal prosecutors are calling him a domestic terrorist. Coast Guard Lieutenant Christopher Hasson, who lives in Silver Spring, appeared in U.S. Federal Court following his arrest on Friday, February 15, 2019, on drug and gun charges. Prosecutors say they found 15 guns and more than one thousand rounds of ammunition in Hasson’s home at the time of his arrest.

The theme for this year’s annual Women’s Legislative Briefing, sponsored by the Montgomery County Commission for Women, was “Women Igniting and Achieving Change.” Elected officials, activists and future leaders spent the day on issues impacting women and young girls throughout the state.

The Petco Foundation on Wednesday surprised BARCS–the Baltimore Animal Rescue and Care Shelter –with a $250,000 grant in celebration of Valentine’s Day. The shelter is the largest in the state with over 12-thousand animals taken in every year.

Several county executives and the mayor of Baltimore joined together on Thursday to urge the legislature and Governor to support an effort to increase the statewide minimum wage to $15. Governor Larry Hogan says he’s open to the conversation but isn’t convinced it’s needed because of concerns of the impact it would have on some businesses.

A House committee heard testimony on Thursday for a bill that would require more than two hours of physical activity every week for students in public elementary schools around the state.

Governor Hogan, his family and a couple of thousand friends celebrated his inauguration and second term in office with a gala Wednesday night at the MGM National Harbor.