He plunged bare-chested into the frigid Chesapeake Bay.  To honor the occasion, we’ve compiled a slideshow of some other notable (and topless) politicians. 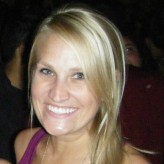