But in early February, the 24-year-old was diagnosed with osteosarcoma, a bone cancer in his left jaw that put his dream on hold.

Now his life is dependent on medications, such as Leucovorin and Methotrexate that help treat his cancer, but that are often unavailable and short in supply.

“We are America, the land of opportunity and plenty where anyone can make themselves something and all of a sudden my future completely depends on this medication,” he said.

Williams is one of a growing number of patients who have been impacted by a nationwide shortage of potentially life-saving drugs, an issue that Sen. Barbara Mikulski (D-Md.) brought up during a round-table discussion on Wednesday at the University of Maryland Medical Center.

Mikulski, a senior member of the Senate Health, Education, Labor and Pensions Committee and a member of the bipartisan Working Group on Drug Shortages, has been taking the lead to pass federal legislation to reduce and better prepare for prescription drug shortages.

“Though [families] had health insurance, though they had talented medical personnel who were absolutely on their side, they were walking into the fact that the drug they thought would help them either stay alive, get well, or be cured was not available or was in short supply,” Mikulski said.

Congressman Elijah Cummings (D-Md.), who is also concerned by the nationwide drug shortage, began a probe last October into “gray market” drug companies that are marking up the cost of shortage drugs.

“Nobody should be allowed to profit on the expense of cancer victims or other patients…who are in dire need of these life-saving medications,” he said.

The number of drugs on short supply has increased three times in a five-year span, from 61 in 2005 to 178 in 2010, according to the Food and Drug Administration.

Dr. Jonathan Gottlieb, chief medical officer at the University of Maryland Medical Center, said with 25,000 doses of drugs administered to patients at the institution daily, the drug shortage is “incredibly disruptive to a flow of caring for our patients.”

“If a shortage looks like it’s imminent, we’ll convene…to strategize on what are our options,” Gottlieb, said. “Is there a substitute drug? Can we use a different dose? Can we eliminate it from a certain population?”

For Williams, there was no alternative option possible, said Agnes Ann Feemster, pharmacist at the Medical Center.

But Williams’ mother Dawn Williams said she keeps asking if there will be enough medicine for Josh next week.

“Withholding medications, which hopefully won’t happen, in my opinion, is the death sentence to my son,” she said. “And we shouldn’t have to live with that in this country.” 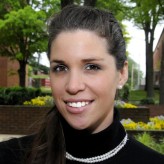 Ana Sebescen is a broadcast reporter for Capital News Service TV, covering immigration and Prince George’s County. She is a multilingual, international graduate student at the Philip Merrill College of Journalism at the University of Maryland, College Park. Sebescen has worked for CNN, Al Jazeera English, WBAL-TV in Baltimore and The Baltimore Examiner. She has a strong interest in social media and information digitalization. You can follow her on Twitter @AnaSebescen reach her at ana_sebescen@yahoo.com or check out her work at Ana Sebescen's website