ANNAPOLIS – When you fail to pick up after your pooch, you may be doing more than irking the next-door neighbors.

Studies conducted over more than a decade in watersheds across the state have found that pets produce up to one-third of bacterial pollution in waterways near developed areas.

That’s right. Dog poop is the source of startling amounts of E. coli, Giardia, salmonella and other microscopic pathogens in local waters.

The findings come from more than 50 studies by the Maryland Department of the Environment and Salisbury University tracking waterborne bacteria back to its sources. Acting as poop sleuths, scientists have been able to determine whether waste came from humans, livestock, wildlife or pets based on a bacteria’s unique patterns of resistance to antibiotics.

That’s because different antibiotics are used to treat people and various animals, said Mark Frana, professor of biology at Salisbury University, who has been involved with the studies since 1999.

“If fecal material gets into water systems, there’s an increased risk to human health,” Frana said.

In addition to carrying a host of disease-causing bacteria and parasites, untreated doggy doo is rich in nutrients that foster algae blooms and contribute to oxygen-depleted dead zones downstream, including the Chesapeake Bay.

So why don’t more people bag their dogs’ bunk?

A 1999 study by the Center for Watershed Protection found that 41 percent of bay-area dog-owners rarely or never pick up after their pets.

Etgen recently taught a Watersheds Steward Academy class on behavior change where she had her students survey their communities to find out why people don’t pick up after their dogs.

“Most people said that they do pick up their pet waste when they’re out in public, but not when the dogs are just in their backyard,” Etgen said. “People don’t really perceive that it’s that important when it’s just ‘poop in the woods.'”

But that waste is carried downstream during rainstorms and enters waterways as runoff or through storm drains. The influx of untreated dog logs contributes to spikes in overall bacteria after rainfall, often causing recreational areas to close.

After rainfall, all Anne Arundel County beaches are under a no swimming or water contact advisory for two days due to high bacteria levels.

“Wherever that waste lands, there’s a potential for it getting into water systems,” Frana said.

People like Carolyn Ricketts, a Master Watershed Steward and graduate of the Chesapeake Bay Voices Program, are working to raise awareness of the problem of dogs’ unbagged bits in their local communities.

“Most people are not aware that pet feces contain such a high level of pathogens – bacteria that are not being treated. And it does impact our water systems, and eventually the Chesapeake Bay,” Ricketts said.

She and several other graduates of Etgen’s course are circulating flyers outlining the health risks of dog waste in Annapolis.

Waste disposal stations equipped with bags for picking up your pooch’s piles are also in the works, as is a mobile phone app mapping their locations in the city.

The most effective way to change behavior is through word of mouth, though, Ricketts said.

To learn more about bacteria and other water quality measures in your watershed, visit the Department of the Environment’s Water Quality Mapping Center at http://www.mde.state.md.us/programs/Water/TMDL/Integrated303dReports/Pages/WaterQualityMappingCenter.aspx. 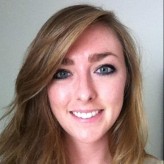 Clara Vaughn is a graduate student at the University of Maryland’s Philip Merrill College of Journalism. She earned third place in the Virginia Press Association Awards for her health, science and environment writing package in 2011 while writing for the Eastern Shore News. She has freelanced for Maryland papers like the Laurel Leader since moving for graduate school last year. Reach her at chvaughn89@gmail.com or visit her on LinkedIn.