WASHINGTON – A majority of Marylanders weren’t particularly keen about the prospect of a Donald Trump presidency. Democratic nominee Hillary Clinton carried the Old Line State by roughly 624,000 votes on Nov. 8, good for a comfortable 25-point win.

But a quick look at the president-elect’s plans for changes in the tax laws reveal some potential areas for broader public support in Maryland.

Maryland residents earn more on average than the rest of the country. Median household income in Maryland was $74,149 in 2014, according to the U.S. Census Bureau, significantly higher than the national median income of $51,939.

Higher incomes mean many Maryland residents are set to benefit more from the massive tax cuts the president-elect proposed on the campaign trail than residents of other states.

“We will massively cut taxes for the middle class, the forgotten people. The forgotten men and women who built our country,” Trump said during a campaign rally in Scranton, Pennsylvania, the day before the election.

In September, the Trump campaign rolled out a revised edition of its tax plan proposed during the Republican primary, cutting the number of income brackets to three. The current income tax code splits earnings into seven different tax brackets, topping out at a marginal tax rate of 39.6 percent on income earned above $415,050.

Americans would see their federal income tax obligations decline by an average of 3.3 percent in 2017 under the Trump tax proposal, according to the Tax Policy Center, a nonpartisan think tank managed by the Brookings Institution and the Urban Institute. The highest-earning fifth of American workers would see their tax rates decline by roughly 4.9 percent.

Trump’s tax plan might even increase taxes on some middle-class workers. Some provisions call for the consolidation of various credits into one larger standard deduction, posing a risk for large families who would lose the ability to write off personal exemptions for dependents. And the proposed elimination of the head of household filing status could leave single parents footing a larger tax bill, according to some analysts.

The disproportionate benefits of the plan have drawn criticism from many congressional Democrats.

The Trump team insists elimination of certain write-offs and the capping of itemized deductions at $200,000 for married couples will prevent wealthy Americans from seeing any tax cuts, though analyses from the Tax Policy Center and other think tanks casts doubt on that claim.

With Republicans dominating Congress, it appears likely Trump will get at least some of the tax cuts he wants. House Speaker Paul Ryan, R-Wisconsin, listed tax reform as one of his top priorities for the upcoming congress, alongside repealing the Affordable Care Act and cutting back on certain regulations.

One fear Maryland might have is what Trump’s tax plan could do to federal spending.

Residents here may earn more on average than the rest of the country, but the state is also far more reliant on federal spending than other areas. Government spending made up 27.5 percent of Maryland’s gross domestic product in 2014, according to Pew Charitable Trusts, behind only four states and Washington, D.C.

The Trump platform offers few specifics on spending plans, but it does include a proposal to reduce non-defense, non-entitlement spending 1 percent each year. Still, the savings alone — which the Trump team estimates at $1 trillion over 10 years — wouldn’t be nearly enough to compensate for the loss of tax revenue.

Estimates from independent think tanks, such as the Tax Policy Center and the Committee for a Responsible Federal Budget, place the revenue loss from Trump’s entire tax platform — which includes major cuts to the estate, capital gains and corporate income taxes — between $5.8 trillion and $6.2 trillion over the next decade.

“The magnitude of the tax cuts makes them very hard to offset,” said Joseph Rosenberg, a senior research associate with the Tax Policy Center. “Politicians like to pretend they can balance the budget by simply eliminating wasteful and inefficient government spending, but to the extent that you have cuts in real government services, that could reduce demand in the short run and even have longer term effects.”

Trump and his surrogates suggest economic growth is the focus of their entire tax reform plan, particularly the cuts to capital gains and corporate income taxes, and have played down concerns over revenue.

“We think by cutting corporate taxes we’ll create huge economic growth, and we’ll have huge personal income,” Steven Mnuchin, Trump’s recently announced nominee for Treasury secretary, told CNBC on Nov. 30. “So, the revenues will be offset on the other side.”

The theory that rapid economic growth resulting from major tax cuts can offset any loss in revenue is not a new idea — it’s been a fairly standard part of Republican tax ideology in many circles since the administration of President Ronald Reagan.

Critics argue tax cuts don’t produce nearly as large of a boost to economic growth as is required to offset the loss of revenue.

“It is the case that simply giving people more disposable income and businesses more after-tax profits should boost demand in the short run,” Rosenberg said. “But what our macro analysis finds is really those effects are more than offset by the impact of higher deficits causing higher interest rates and depressing economic activity. In the long run, we actually find that it would be on net negative for the economy.” 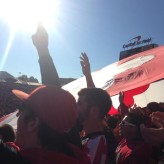