ANNAPOLIS, Maryland – House lawmakers and Western Maryland beekeepers are seeking protection for apiarists who use deadly force to protect their bee colonies from black bears. Currently, using deadly force against black bears in defense of livestock is legal, but the Maryland Department of Natural Resources does not recognize bees as such, instead classifying them as just insects.

The bill, sponsored by Delegate Mike McKay, R-Allegany and Washington, would officially recognize bees as animals.

“Currently by law, if you are defending your property, your livestock, you can shoot at a bear to save the livestock,” McKay told the University of Maryland’s Capital News Service.

McKay explained that since bees are classified as insects, instead of animals, there is no legal protection for anyone who harms a bear in defense of a bee colony.

Bears can do a considerable amount of damage to hives within a bee colony, which “are about the size of an end table,” McKay said, and cost anywhere from $300 to $500.

According to the Department of Natural Resources website, “it is illegal for an individual to kill a bear unless it is attacking livestock or it threatens your life.”

If someone harms or kills a black bear in the defense of a bee colony, they are subject to the same penalties as if it were any other case of endangerment: maximums of $1,500 and six months imprisonment for the first offense, $2,000 and one year imprisonment for the second.

McKay is quick to point out that what he wants is not that bees be considered livestock, necessarily, but that bees and bee colonies be granted the same protection as other farm animals.

The DNR recommends using electric fences, and even helps cover some installation and maintenance costs, according to its website, but the soil in Western Maryland makes electric fences a “hit or miss” measure, McKay said.

“The soil is not very deep, therefore the moisture does not stay in the soil as long during the summer months,” McKay said.

There is a lot of shale in the ground in Western Maryland, as opposed to other areas of the state, which is not conducive to holding an electric current, proponents of the bill said. This is especially a problem in the hot summer months when moisture evaporates even quicker.

Once an electric fence has been compromised, a black bear will continue hitting a colony over and over until nothing edible remains, Western Maryland beekeeper Ben Cooper told the House Environment and Transportation Committee on Wednesday.

“Beekeepers appreciate the fact that (the state’s Department of Natural Resources) is willing to help in reimbursements for bear damage, it only happens when there is available funding,” Cooper said.

Cooper added that the reimbursements that do come their way are often only a fraction of the total losses.

“This will give beekeepers the same exemption as other value-added producers of livestock,” he said. 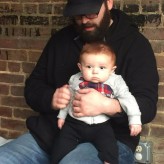