WASHINGTON – Last year, Maryland had the 13th-most sex trafficking cases in the country with 161, according to the National Human Trafficking Hotline.

This year, the hotline reported 61 sex trafficking cases in this the state as of June 30. Half of the incidents involved a minor, and about 84 percent included a female victim.

Rep. Ann Wagner, R-Missouri, introduced the “Allow States and Victims to Fight Online Sex Trafficking Act” earlier this year to make it easier for states to prosecute websites that facilitate sex trafficking. The measure also would give victims the right to sue such sites.

A member of the committee, Rep. John Sarbanes, D-Towson, said in a statement that human trafficking inside and beyond the United States “is a scourge on society that preys on our most vulnerable. We must do everything we can to curb trafficking in all its forms, including sex trafficking online.”

“If Congress establishes a real tool to ensure that businesses cannot commit crimes online that they could never commit offline, fewer businesses will enter the sex trade, and fewer victims will ever be sold and raped,” Wagner said in her testimony.

The ranking Democrat on the committee, Michael Doyle of Pennsylvania, citing a Senate report, asserted that Backpage’s owners were aware of the sex trafficking taking place, and even encouraged sex-trafficking advertisers to falsify their postings to hide their true intentions.

Souras added that children online may be seeking attention that they are not receiving at home, and are vulnerable to false promises made by predators online.

“That’s probably how they are lured, they’re seeking the smallest remnant of kindness from someone,” Souras said. Online predators are manipulative and know how to extend that branch of kindness to their victims, she added.

Still, Eric Goldman, a law professor at Santa Clara University, said in his testimony that Wagner’s measure would “reinstate the moderator’s dilemma,” which forces websites to decide whether to exercise full editorial discretion, or none at all.

Goldman added that leaving this discretion to websites could inadvertently increase online sex trafficking because it may be more favorable to leave users’ content entirely unchecked.

Goldman also expressed concern that punishing these sites differently at the federal and state levels could damage the integrity of the Communications Decency Act, which he dubbed “one of the most important policy achievements of the past quarter-century.”

While in South Africa, his daughter was rushed by three men – one of whom brandished a pistol – but she was saved when one of the men yanked her backpack from her shoulder instead of grabbing her, he said.

The congressman’s voice quivered as he recounted her experience.

Although she escaped, Olson said, she “has not been the same.”

“(Sex traffickers) are devils, absolute evil devils,” he added. “This has to stop.”

Even if the law is changed, Souras said she knows that an online marketplace for sex trafficking will likely remain. But she said she believes that the issue is rectifiable. 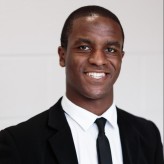