WASHINGTON — Maryland Sen. Ben Cardin has introduced a bill that would prevent the allocation of federal funds for the presidential review of military parades or exhibitions beyond normal military operations and activities.

The Democrat’s measure, which would apply to any location in the United States, is in response to President Donald Trump’s interest in having a massive military display similar to one he witnessed in person last year at France’s Bastille Day celebration in Paris.

“We don’t need to flex our muscles to showcase our military hardware,” Cardin said in a statement. “Our brave military men and women flex their might around the world every day on behalf of our nation.”

The Maryland lawmaker introduced a similar proposed ban in an amendment to last year’s budget resolution.

Rep. Brad Schneider, D-Illinois, introduced similar legislation in the House on Thursday. His “The Preparedness Before Parades Act” would prevent the president from putting on a military parade if the event would have a negative impact on the military’s readiness.

However, it isn’t just Democrats who seem to be against the president’s parade plan.

In an informal poll by the Military Times, the site asked its readers if there should be a parade showcasing troops and military equipment in Washington. An overwhelming 89 percent of readers said no, saying the parade was a waste of money and military resources.

According to the Defense Department, Trump already has asked the Pentagon to come up with possible dates for the event. In response, several lawmakers have expressed their disapproval of the idea, comparing it to military displays nations like North Korea and the Soviet Union have put on in the past.

Instead of spending federal funds on a parade, Cardin argued, the money could be better spent on protecting the troops.

“First and foremost, diverting millions of dollars away from training our troops and supporting our military, especially at a time when Congress is struggling to pass annual appropriations, should be enough to kill this idea,” Cardin said. “We need every dollar possible to maintain the readiness and safety of our troops.”

The last comparable military parade in the United States was held in 1991 under President George H.W. Bush as a national celebration after the Gulf War. At the time, it cost $12 million to showcase 80 pieces of military machinery.

“We all honor the brave men and women of our military, but there are much more effective ways of achieving this than wasting millions of dollars we could better spend on our troops,” Cardin said. 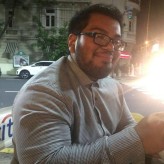