Baltimore is a popular site for Oscar-nominated movies filmed in Maryland
By Lucy Maynard  -  March 1, 2018
732 views

COLLEGE PARK, Maryland — Baltimore is the setting, though not a filming site, for “The Shape of Water,” a frontrunner at this year’s Academy Awards.

But according to IMDb, Maryland has been a filming site for 15 Oscar-nominated movies – the first was “Anchors Aweigh” in 1945 and the most recent was “Jackie” in 2016. The 15 filmed-in-Maryland movies have a combined 42 nominations and six wins.

Being nominated for an Oscar doesn’t always translate into big money, and movies filmed in Maryland saw varied amounts of success at the box office.

Maryland’s largest city, Baltimore, was the most common filming location for these Oscar-nominated movies, followed by the capital, Annapolis.

Grab some popcorn, fill out your ballot and watch the Academy Awards Sunday, March 4th at 8:00 p.m. EST on ABC. 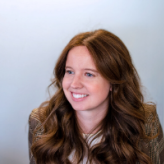