COLLEGE PARK, Maryland — On April 30, the boy band *NSYNC will be honored with a star on the Hollywood Walk of Fame, which will increase the number of Maryland, Virginia and District of Columbia natives with stars on Hollywood Boulevard.

Band members Justin Timberlake, JC Chasez, Joey Fatone, Chris Kirkpatrick and Lance Bass will all be at the unveiling. Chasez was born and raised in Bowie.

The boy band was formed in the mid 1990s, and released four albums during their seven year run. Though the group went on hiatus in 2002, they reunited for a performance at the 2013 Video Music Awards.

And when Chasez earns his star, he’ll be in good company. Many other locals have real estate on the Walk of Fame.

Visiting L.A & I see @OfficialJLD on the walk of fame, I honored her amazing work by dancing like Elaine on the star pic.twitter.com/5sU2NKpwMX

Marvin Gaye was born and raised in Washington, D.C.

#MusicHistory RT @MusicVaultz: It was on this day in 1990 when Marvin Gaye was inducted into the Hollywood Walk of Fame pic.twitter.com/ULTW4n1J

Jim Henson was raised in Maryland.

#puppetup was so good that I visited Jim Henson company and walk of fame:)) I've always wanted to be a puppeteer! pic.twitter.com/EvQnoC1mbN

Of course no trip to LA would be complete without stopping by our WL alum #SandraBullock's star on the walk of fame! pic.twitter.com/BydqwWrbna

I dreamt about @nsync getting their star on the Walk of Fame last night! I am so stoked! I haven’t been this excited since the 2013 VMAs! @lancebass @jcchasez @jtimberlake @realjoeyfatone @IamCKirkpatrick pic.twitter.com/HrRTgdvuLn

AHHHHHH YES *NSYNC is getting their Hollywood Walk of Fame star on a very significant day https://t.co/WAdg898Kgs

But what people really want to know if the group is getting back together.

Mom saved $2000 for my wedding dress but I told her I wasnt gonna use it so now it’s toward @NSYNC reunion tour So I’m here, take my money. I’m ready

The 90s are clearly making a comeback

1st STOP: #NSYNC! One of the best-selling 90's Boyband formed in 1995 at Orlando, Florida with their first-ever US Billboard Top 1 in 2000 single "Bye Bye Bye" that garnered almost 20 million records sold worldwide. 👏

Can you name these boys in the Reply section below? pic.twitter.com/ngVUnOjWgP 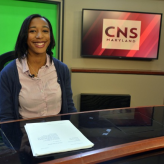 Brooke Giles is a journalist for Capital News Service Journalism and Audience Engagement bureau. She has worked as editor at Her Campus Maryland and as a columnist for M Magazine.