BALTIMORE – At lunchtime Wednesday, underneath a dim overcast sky, 77 families of furloughed federal workers showed up to a union parking lot for food.

In the crowd was Donna, a Baltimore employee of the Treasury Department. Having fallen on hard times thanks to the partial federal government shutdown, she felt uncomfortable giving her last name for this story. 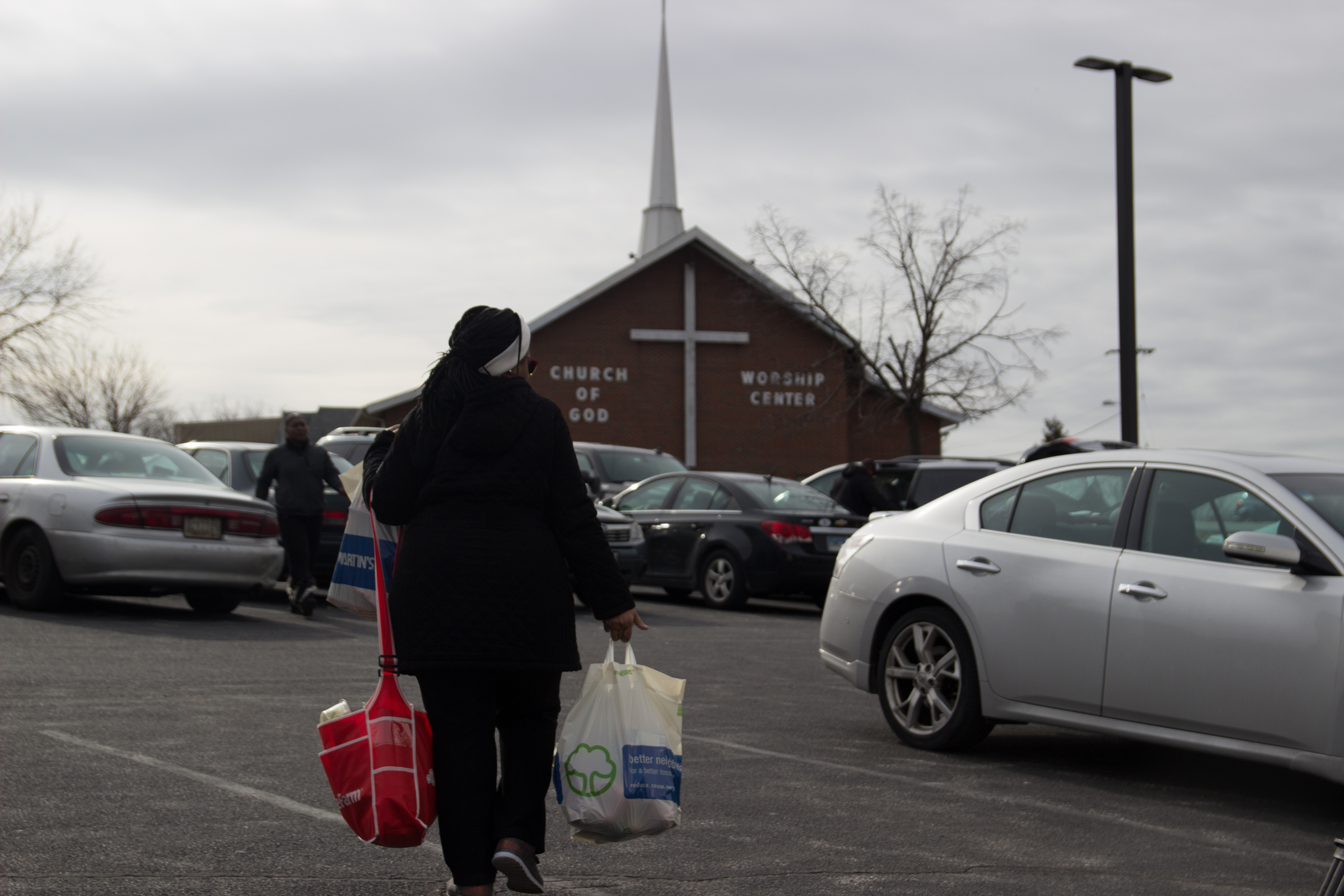 “The shutdown has changed things a lot for my family,” Donna told Capital News Service. “Now we only eat the necessities, which means nothing like desserts. My credit has gone down and it’s tough to pay my son’s college tuition.”

Donna’s was one of many stories in the parking lot of the International Brotherhood of Electrical Workers for the first fresh food giveaway for government employees hosted by multiple unions and the Maryland Food Bank.

But over a month into the shutdown, it wasn’t the first giveaway for the Maryland Food Bank.That group has sent food to multiple related events to help furloughed employees, according to driver Bobby Mabe, including a similar food giveaway at a Maryland Coast Guard base on Jan. 16.

Jermaine Jones, the president of the Metropolitan Baltimore Council of the AFL-CIO said that he has tried to work with struggling furloughed workers on an individual basis by helping deal with financial issues they’ve had since the shutdown. He said this was the first big event where food was given out to workers. 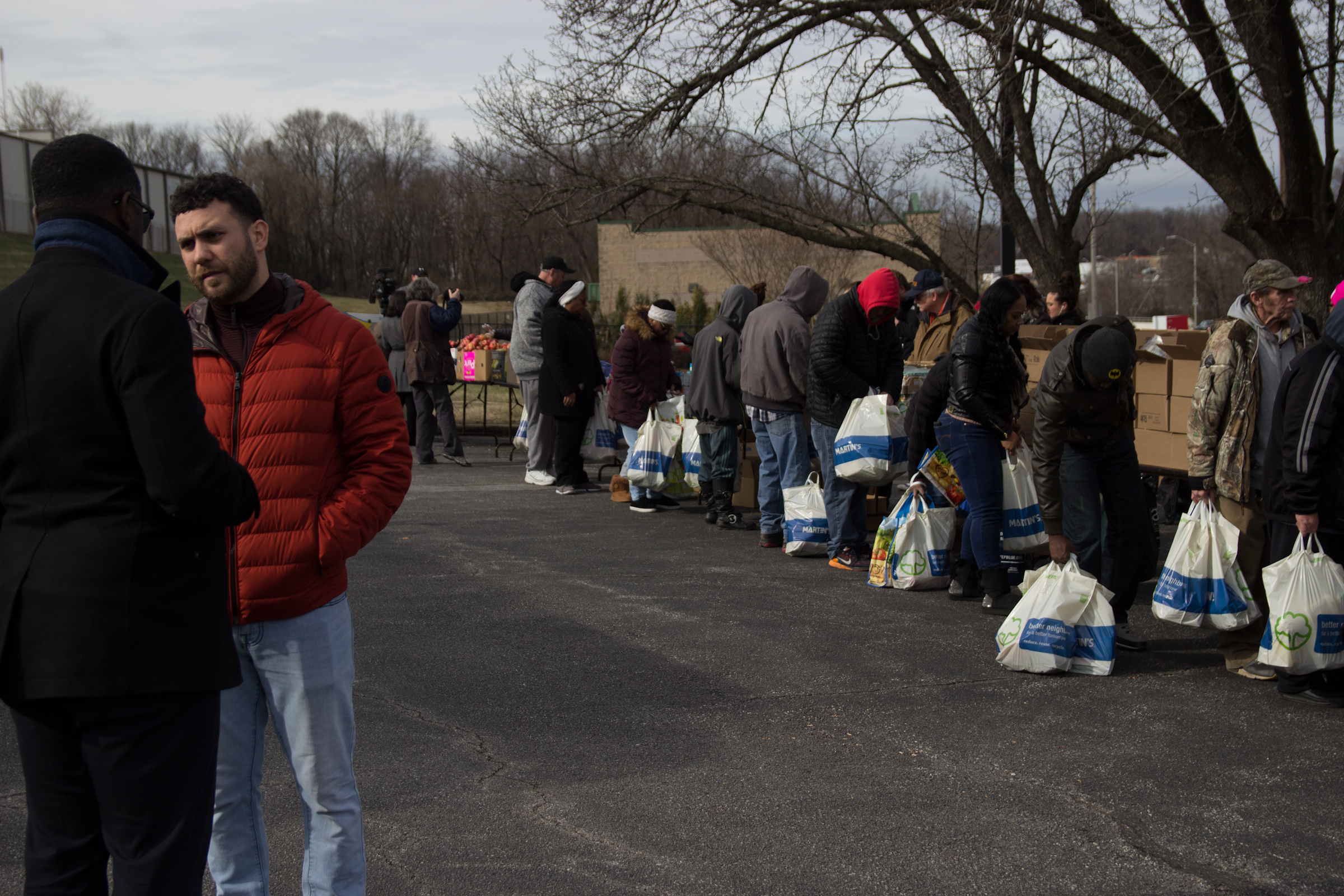 “I’d like to have more events like this, especially in other locations so other people will also have the chance to come out,” Jones said.

While the Maryland Food Bank does have more similar events lined up around the state over the next week, according to spokeswoman Joanna Warner, no firm dates have been set yet for future events from the working unions.

“Workers and everyone who relies on their work are being hurt by the shutdown,” Sarbanes said. “But you don’t want to give in and show [President Donald] Trump that he can hold workers hostage to get what he wants. These are people that work for him and this is no way to treat them.”

Mark Blankenship, a furloughed United States Coast Guard worker who volunteered at the event, recommended that anyone struggling and in need of food should try to get in contact with Lily’s Place in Baltimore, where medical support and care is offered.

Although the financial ramifications of the government shutdown are easy to consider with a plethora of coverage, American Federation of Government Employees office manager Carolyn Carter said that the mental health of furloughed federal workers can also be at risk “when you lack the … resources to meet your everyday needs.”

Bobby Shackleford, a furloughed Coast Guard employee and vice president of AFGE Local 1923 in Baltimore, said “that has a psychological effect on people when you can’t pay that bill.”

Despite being furloughed and not being compensated for two back-to-back pay periods, the Baltimore resident said that he’s had to report to work.

“It’s heartbreaking, you know, but you have to keep your spirits up … because you know you can’t just get mad,” Shackleford said. 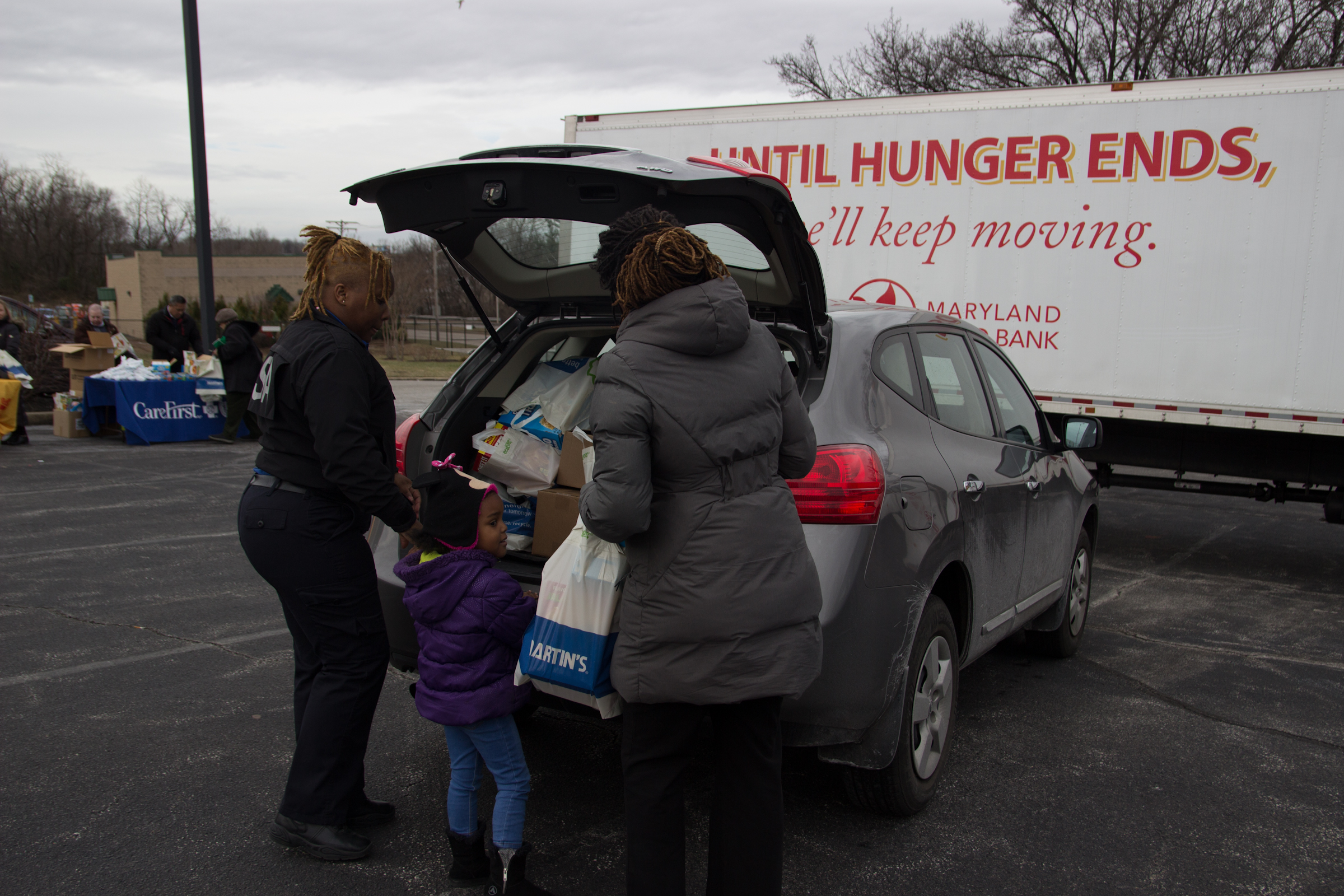 Erica Gibbs, a Transportation Safety Office employee, said the food she took home helped her for now. She estimated that she can last another two weeks on the free groceries with her family of eight.

Donna returned home content with what she could pick up on Wednesday. Still, she was troubled.

Jesse Nash is a journalist in the Capital News Service Washington D.C. bureau. He has worked as a writer for the Mitzpeh and as a photographer for The Left Bench.