After a strong first showing in front of more than 17,000 fans at Audi Field, some Washington, D.C., football fans seem energized and rejuvenated by the birth of the XFL’s D.C. Defenders.

Having been subjected to many recent losing seasons from the local NFL team, like its 3-13 2019 finish, some D.C.-area football fans see this team as a much-needed change of pace. The Defenders trailed early in the game, but came back to beat the Seattle Dragons, 31-19.

Max Alpert, a lifelong fan of Washington’s NFL team, was pleased to see some winning football.

“Being a Redskins fan, I am just hoping for some good football in the D.C. area. Never in my life have I fallen asleep during the Redskins’ games until this season, it was just that boring,” Alpert told Capital News Service on Monday.

Excited D.C.-area sports fans and analysts — some pretty influential — used the win as an opportunity to poke fun at Washington’s NFL team.

DC Defenders vs. Redskins. Who you got?

ESPN NFL analyst Mike Clay jokingly asked followers if the Defenders could beat Washington’s NFL team if the two matched up on the gridiron, and popular restaurateur David Chang, who grew up in the D.C. area, firmly declared that the Defenders are the area’s best football team.

While many football analysts would credit the Defenders’ win to quarterback Cardale Jones’ 235 yards and two touchdowns and a defense that recorded two interceptions, head coach Pep Hamilton said fans deserved a lot of credit.

“It sounds cliche, but it wasn’t today. We owe this victory to the fans,” Hamilton said after the win, according to the official XFL website. “When we got close to ‘bend or break’ situations, they kept us upright. They were loud from start to finish and gave us the energy we needed to finish the job and get the victory.”

In addition to the strong showing in the stands for the Defenders, fans have been eager to support the team by purchasing merchandise. According to the Defenders’ official online store, many products have already sold out, including many of the hats offered, various sweatshirts and T-shirts and the team’s authentic game football.

The Defenders play four more games in D.C. this season, including this Saturday against the New York Guardians. 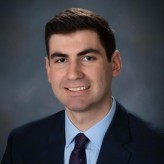 Jordan Gold is a journalist on the Capital News Service Audience Engagement Team. His main interest lie in sports, and he hopes to pursue a career in the sports industry upon graduation. He currently writes about Maryland Athletics for Testudo Times, and has previously interned at PressBox Baltimore and Score Atlanta. You can follow him on Twitter @Jordan_Gold0.