ANNAPOLIS, Md. — After returning home from Iraq, Army veteran Kellen Leech, who was deployed three times over the course of 14 year, wrestled with his mental health: PTSD, survivor’s guilt and depression — until he read a Facebook post about Ellery Payton.

Payton’s previous kidney transplant failed, and in 2012 he needed another one; Leech, a Prince George’s County, Maryland, resident, decided he wanted to donate his.

After finding out his kidney matched, Leech’s mind was set on the surgical procedure in pursuit of mutual healing, but to “sustain” himself it would cost his deployment savings. He had to delay his donation for two months while he “scraped money together” from his church and local veterans organizations.

House bill 944 would ease living donors’ financial burdens by increasing the donor income tax reduction to $10,000, up from $7,500, according to a state legislative analysis.

If the bill passes, the larger credit would be applied to 2020 income taxes, which are due April 15 next year.

“This is exactly the kind of bill living donors need that will take away financial stress,” Leech told Capital News Service.

Side by side, donor and recipient testified to lawmakers in the House Ways and Means Committee in favor of the bill on Feb. 25, and each said the other saved their life.

The current $7,500 tax credit for living donors was created two years ago, brought to the legislature by former House Speaker Michael Busch, D-Anne Arundel, who, before his death in 2019, received a liver transplant from his sister.

Delegate Karen Young, D-Frederick, is sponsoring House bill 944, and told Capital News Service that there is a lack of “donors relative to the need,” and, “I’m a champion of increased access to health care and more health care coverage. I feel this bill falls in line with that,” Young said.

Nationwide, about 8,000 people awaiting a transplant die because they did not receive a lifesaving organ, according to Donate Life America, an organ donation advocacy group.

In Maryland and other states, organ transplant waiting lists have grown, according to the legislative analysis.

Kidney transplants from living donors tend to last longer than those from deceased donors, according to the American Kidney Fund.

Organ transplants from living donors have trended down in Maryland since 2000, which saw a peak of 265. The year 2019 only saw 147, according to the U.S. Department of Health & Human Services.

Living Legacy Foundation of Maryland Education Director Karen Kennedy, whose group works with deceased organ donation logistics, educates hospitals and the public and closely works with living donor organizations, told Capital News Service that sometimes the “intent and willingness” to be a live donor is there but “practical reasons stop individuals from donating,” because they cannot get time off work, are financially unable or for other reasons.

Payton, a single father from Charles County, Maryland, said he received his first kidney transplant in 1993 from a cousin but it failed him, and he had to go on dialysis in 2011 until he received one of Leech’s donated kidneys in 2012.

In Payton’s testimony, he said he would go through peritoneal dialysis while his son, who was 12 years old at the time, was on the soccer field, adding “I don’t wish the two months wait for a kidney on anyone.”

The bill is expected to reduce the state’s revenue by a relatively small amount, $10,000 annually, and local revenues are estimated to decrease about $6,500 per year, according to the legislative analysis.

At the bill hearing, Payton said, “A new kidney, it gives you a new lease on life, and it’s only through the kindness and love that Kellen had for me and my son that allows me to do that.” 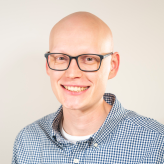