The legislative legacies of the George Floyd and Breonna Taylor protests
By Ben Gonzalez  -  December 8, 2020
448 views

In the early morning of March 13, 2020, Breonna Taylor was killed by the Louisville Police Department during the execution of a no-knock warrant. On May 25, George Floyd was killed by Derek Chauvin in Minneapolis when Chauvin pinned Floyd to the ground and held his knee to Floyd’s neck for over 8 minutes. On May 26, a day after Floyd was killed, protests broke out in Minneapolis. Protests against police violence quickly spread across the U.S., from Los Angeles to New York, Minneapolis to the southern tip of Texas.

The mobilization of thousands of Americans so quickly and for such prolonged periods of civil unrest led many in media and academia to compare the movement to the 1960’s civil rights movement, with Vox dedicating an entire article to the comparison.

However, the goal of these protests was not just to raise awareness of the issues. The Ferguson, Missouri protests of 2014 and the Baltimore protests of 2015, following the deaths of Michael Brown and Freddie Gray, respectively, among others, had already brought the issue into the national spotlight. The “Black Lives Matter” movement grew after the Ferguson protests and “Black Lives Matter” was a prominent chant in both the George Floyd and Breonna Taylor protests.

From these latest protests against police violence, a new slogan arose – “Defund the Police” – and with it, demands to divert police budget allocations to social programs, education and healthcare, among others. The efficacy of the slogan has been met with heavy criticism, with Former President Barack Obama recently weighing in to say that those advocating for police reform lost people when they used ‘snappy’ slogans like “Defund the Police.”

Others see the criticism as missing the point, like U.S. Rep. Ayanna Pressley, D-Mass., who told Akela Lacy of The Intercept that she refuses to take “the bait about this being something that is third-rail or polarizing.” Keeanga-Yamahtta Taylor, an author and assistant professor in the African-American studies department at Princeton University, also disagrees with Obama’s view on the matter and tweeted: “What Obama always fails to grasp is that people did it his way. [T]hey sat at his big table [and] listened. [And] then we all sat there and watched that cop snuff the life out of George Floyd. So he no longer gets to advise this movement on how to achieve its goals of ending police terror.”

After the huge demonstrations of this summer, what has changed? Capital News Service looked at the legislation introduced and policy changes made in Minneapolis, Missouri, Louisville, Kentucky, and Baltimore County, Maryland in response to protests and civil unrest.

The Minneapolis City Council made an ambitious commitment to police reform during the period of unrest when they swore to “end policing as we know it.” So far, it is a pledge that they have failed to keep. The proposal to replace the current police structure with a community safety agency was not included on the latest presidential election ballots after the Minneapolis Charter Commission voted to delay the decision.

Reclaim the Block is a Minneapolis-based organization that advocates for moving money from police budgets to other services that “truly promote community health and safety,” according to their website. Also on their website are various resources, including digital toolkits and even a fact sheet about defunding the Minneapolis Police Department and new models for safety. Capital News Service reached out but was unable to speak with anyone in the organization.

Louisville, Kentucky, has made more concrete changes, passing a city-wide ban on no-knock warrants named “Breonna’s Law.” Additionally, a settlement the city made with the Taylor family included a package for police reform. But for Kentucky State Rep. Attica Scott, a Democrat, legislation like “Breonna’s Law” is just the beginning.

“We’ve seen right here in Louisville how that has opened the door to how much funding police receive and the police contracts and demilitarizing police and allowing civilian review boards to not only exist in a community but to have subpoena power,” Scott said. “Now we’re looking at all of these different issues that have to be addressed from a legislative perspective that people weren’t necessarily having conversations around.”

And when it comes to how to have these conversations, Rep. Scott doesn’t blame the phrasing of “Defund the Police” for the Democrats’ losses in the House in the most recent presidential election.

“First and foremost, I refuse to accept that notion that demanding police accountability is why people lost their elections,” Scott said. “What I will say is that I’m very clear that I believe we do need to defund the police. We do need to reallocate that money to meet the economic and social needs of our neighbor. My neighborhood, 30% of the property is abandoned and vacant, and yet we have a houselessness crisis in our city. We do need to dismantle the system of policing that was born out of enslavement and human trafficking and night watchmen, and, instead, reimagine what community safety looks like.”

While protests, both local and national, may have created an environment in which police reform is possible, support for reform isn’t the only barrier legislators face. Baltimore County Councilman Julian Jones told CNS he tried to pass police reform legislation in the past, but it wasn’t until this year’s reckoning with the issue of police violence that he was able to garner enough support to pass the SMART Policing Act on Oct. 5, which bans chokeholds and requires policies to limit police officers’ use of force.

But it doesn’t go as far as he would like, he says, and the Maryland Law Enforcement Officers Bill of Rights prevents some legislation that could serve to further hold police accountable. For example, hearing boards are currently limited to a maximum of one non-voting member of the public – with local legislation, such as the SMART Policing Act, having the power to increase the limit to two voting members of the public – appointed by the police chief.

“At the end of the day, my bill would only authorize the police chief to negotiate with [the police union] over civilians on the review board,” said Councilman Jones. “All of that needs to change.”

He says he will be working with his state colleagues to take a look at the Maryland Law Enforcement Officers Bill of Rights to “make it fair for the police officer but also fair to the people who pay for the police – the citizens.”

Although cities and counties have responded to protests and calls for justice for the  victims of police violence differently, many have introduced legislation to start addressing these issues. The legacy of these protests, in many places, may well be enduring changes in policy. 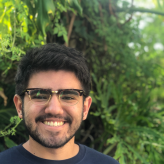