House Democrats passed legislation Thursday that would grant statehood to the District of Columbia. The 216-208 party-line vote sends the measure to the Senate, where it does not appear to have the necessary 60 votes to pass.

“Statehood for D.C. is about fairness, justice, and ensuring that all Americans have an equal stake in our republic,” the House Oversight and Reform Committee’s chairwoman, Rep. Carolyn Maloney, D-New York, said in her closing remarks. “This is not about politics. It’s a fundamental voting and civil rights issue.”

The bill was authored and introduced by the District’s Del. Eleanor Holmes Norton, who has been leading the movement for statehood for decades. The bill has 216 House co-sponsors; an identical piece of legislation passed in the House last year.

Norton, who first introduced the bill 10 years ago with no co-sponsors, has argued continuously that District residents pay more in state and federal taxes than other states but have no voting representation in Congress.

House Majority Leader Steny Hoyer, D-Mechanicsville, said statehood was a civil rights issue and a matter of equality of citizenship.

“In no other democratic nation in the world, does the capital city of that nation not have a vote in their parliament,” Hoyer said. “Now our ‘parliament’ is called the Congress.”

Republicans called the bill unconstitutional. They also were upset over the implications of an overwhelmingly Democratic city adding two Democratic senators to a closely-divided Senate.

Rep. James Comer, R-Kentucky, said the bill attempted to ignore the Founding Fathers’ intent for the capital, adding that statehood would be an unconstitutional, impractical and blatant power grab.

“America’s government will become of the Democrats, by the Democrats, and for the Democrats,” Comer said. “H.R. 51 is all about the Democrats adding two new progressive U.S. senators to push a radical agenda… to reshape America into the socialist utopia they alway talk about.”

Rep. Pat Fallon, R-Texas, offered “retrocession” as an alternative, giving District residents full federal representation. Putting the District “back into Maryland would give them that added seat and would address that very issue.”

“The GOP is acting in good faith because we know that seat will be a Democratic seat, but it’s the right thing to do,” Fallon said.

Rep. Mondaire Jones, D-New York, rebutted Republicans’ arguments, saying: “There is no good faith argument for disenfranchising over 700,000 people, most of whom are people of color.”

The White House voiced its support for District statehood on Tuesday, issuing a policy statement saying that it “will make our Union stronger and more just” and calling on Congress to give the residents of the nation’s capital “long overdue full representation in Congress.”

In the Senate, Democrats and Republicans are divided 50-50, with Vice President Kamala Harris holding a tie-breaking vote. The problem for District statehood, as it is for many other matters before the Senate, is that it would require 60 votes to end an expected filibuster by GOP opponents.

No Republican senator so far has embraced District statehood. And some Senate Democrats have not said how they would vote on the idea.

Senate Majority Leader Chuck Schumer, D-New York, is expected to press for a vote on District statehood. After the House vote, he tweeted: “This is about democracy. It’s about self-government. It’s about voting rights. I was proud to re-introduce this bill in the Senate, and we are working to make #DCStatehood a reality.”

But Sen. Lindsey Graham, R-South Carolina, told the magazine there was “zero chance” he could be persuaded by his close friend Lieberman to end his vehement opposition to statehood.

The League of Women Voters urged the Senate to pass the bill.

“D.C. statehood is not a partisan issue but a civil rights issue which cannot be separated from the fight for racial justice,” League CEO Virginia Kase said in a statement. “As D.C. is a jurisdiction with a majority population of Black and Brown people, continued efforts to block full representation is discrimination against the people who live, work, and pay taxes in the District.”

“For decades, Congress has refused to vote on statehood, based on racist accusations that D.C. cannot govern itself,” she said. “ It is long past time that we dispel these racist and discriminatory excuses and deliver justice to the residents of our nation’s capital.” 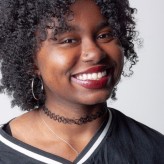