BALTIMORE –  Gathered in the St. Michael the Archangel Ukrainian Catholic Church here, families, friends and volunteers dedicate their time to supporting the embattled people of Ukraine.

During two months of war, the need for humanitarian aid in Ukraine has been extreme.

About two weeks after Russian forces invaded Ukraine on Feb. 24, the church here began taking donations of everything from bedding to toiletries to ramen noodles. These donations then were sent to the Archdiocese of Philadelphia, which has direct contact with counterparts in Ukraine, according to Ihor Remsky, a church trustee.

Along with donation drives, the church has hosted monthly fundraisers where parishioners and volunteers make, package, and sell traditional Ukrainian foods such as pierogies, stuffed cabbage and sauerkraut to anyone interested. Last month, all of the proceeds went towards aiding Ukraine. Fundraisers for the next couple of months are still in the discussion stage.

Overall, the church so far has brought in over $100,000 in donations, and that tally was as of about a month ago, Remsky said.

As the St. Michael’s people work, they think about those in Ukraine undergoing daily bombardments and possibly facing Russian troops.

“This man has to be stopped,” Remsky told Capital News Service, referring to Russian President Vladimir Putin. “At some point in the future, he will have to answer what he’s doing. If it’s not to the people of this earth, then to the Lord above.”

In the basement of the hall where many churchgoers congregate after Sunday Mass, people old and young moved in synchronicity as they prepared pierogies to be distributed a fundraiser held earlier this month.

Women in hairnets left the kitchen and placed metal trays on a table covered with a red cloth. Three elderly women and one man sat hunched over the table eager to pinch the pre-stuffed and perfectly arranged pierogies so they would be ready for baking.

Two of the women at the table were sisters: Olha Sushko, who is turning 90 this month, and Irene Traska, 11 years younger. They emigrated from Ukraine to the United States in 1949.

Traska explained that most of her relatives are from western Ukraine and were doing well.

John Wojtowycz, another church trustee, was born in the United States, but his parents emigrated from Ukraine in 1948. Wojtowycz still has relatives living in Ukraine

Remsky was raised in the church community and is a very active volunteer in the church’s fundraisers. Remsky said that many of the people who purchase food from the fundraiser are not from the church.

“I had a woman ask me, ‘Is it all homemade?’ I said, ‘Yes ma’am. It is. Everything here is homemade except for the eggs. We haven’t figured that out,’” Remsky said.

Remsky grew up two blocks from the original church that was on Wall Street and spent many of his days playing baseball in Patterson Park, which sits across from the current location of the church on Eastern Avenue.

The church is a tight-knit community that has been a generational meeting place for families who have attended and volunteered there for years, including Remsky’s family.

Once World War II ended, Remsky’s parents decided to go to the United States to start a new life. They had been taken from Ukraine as teens by the Germans for forced labor, he said.

On August 11, 1951, Remsky’s parents immigrated to the United States from Germany. They had a sponsor located in the United States who guided them through their new experiences after they arrived in Philadelphia.

Remsky climbed the ladder at Clendenin Brothers Inc., a Baltimore building products company, where he eventually became the plant manager with many people working under him. Remsky is now retired.

Though he was not born in Ukraine, Remsky has many relatives who live there and are suffering the effects of the Russian invasion.

Five of his cousins are located in a small village in western Ukraine, close to Lviv and about 200 miles from Kyiv. Facebook Messenger is the only way Remsky has been able to communicate with them.

Remsky’s cousins have heard some bombs go off but they fortunately have not experienced any injuries or major damage from the attacks.

One of Remsky’s cousins is a truck driver who has been delivering humanitarian aid from the western part of Ukraine to the eastern part.

Remsky’s second cousin, Oksana, left her home country for safety in Poland earlier this month. Remsky remembers her telling of a missile attack on her village that left the sky looking as if it was on fire, he said.

The missiles were intercepted, but in the process, there was damage to the surrounding area where she was located, according to Remsky.

That was the breaking point for Oksana, who packed up important documents and clothes and, with her 13-year-old son, left their lives in Ukraine and crossed into Poland. Oksana’s 17-year-old son remained in Ukraine with his grandmother, Remsky’s first cousin, to take care of the livestock.

“I was telling my wife… I couldn’t even begin to… I don’t know how I would handle this. I honestly don’t,” Remsky said.

Remsky recently sent the 13-year-old boy an old Andriy Shevchenko soccer jersey that he bought many years ago. Shevchenko used to play for the Ukrainian soccer team but now is the manager of the team. Remsky said he hopes to hear from the youth soon.

While working at a local market in Ukraine, his elderly first cousin sleeps every night in the cellar to protect herself from any possible attacks.

The general mindset of most of Remsky’s relatives, he said, is that they are not going to leave Ukraine because it is their home.

“I spoke with my one cousin, and they’re going to win…that’s their mindset,” Remsky said. “We’re not going to lose this. We’re not going back to what we dealt with in the previous seven or eight decades. It’s not happening anymore.” 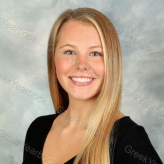