ANNAPOLIS, Maryland – Gov. Larry Hogan, R, said Wednesday that payments to five men wrongfully imprisoned in Maryland would be awarded in two weeks, at the next meeting of the Maryland Board of Public Works.

The board on Wednesday also approved a $9.7 million payment to continue converting a former post office in downtown Annapolis into offices for the governor’s staff.

At the beginning of the meeting, Hogan said that the legislature has attempted but failed to address the issue of compensating the five wrongfully convicted individuals for several years.

“We are going to continue to push for them to finally take action on legislation, which would lay out specific guidelines in the future for compensating any additional exonerees as we move forward,” Hogan said. “But these current people should not be made to wait for the legislature to return to work in January.”

Hogan had directed the matter to an administrative law judge, but said Wednesday that it’s a complex legal matter and lawyers say that it can’t be done in an expedited time frame that would satisfy the Board.

“My team … has been working very closely with the treasurer’s office, the comptroller’s office and the Board of Public Works staff to reach a consensus on specific guidelines which could allow us to award each of the petitioners, in each of these five cases, an agreed upon amount of damages,” Hogan said.

He said that compensation agreements will be presented at the next board meeting for action in two weeks to resolve the matter and compensate the five men.

In other action, the board approved $9.7 million for the building that originally housed the historic Annapolis Post Office for its second phase of renovations.

The total budget to renovate the red-brick building at 1 Church Circle, just down the road from the Maryland Treasury building, is about $16.8 million.

This total does not include the purchase of the building.

Six years ago, the state bought the building for $3.2 million and it was actively used as a post office until 2015, when the mail center relocated to 60 West St.

Nick Cavey said that executive offices of the Governor’s cabinet move on a regular basis and the Governor’s Office of Community Initiatives is being relocated to Annapolis in order to maximize efficiency in working with supporting agencies.

Cavey said that the second and final phase of the renovation process is estimated to take 12 months and be completed at the end of 2020, with occupancy scheduled for 2021.

Phase two will consist of interior renovations, infrastructure improvements and tenant fit-up, according to the Board of Public Works agenda. Phase one was approved in January 2018 for about $3 million. It included exterior foundation drainage and waterproofing, window and door restoration. 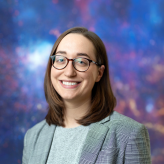