According to the official information Twitter feed of the Washington Metropolitan Area Transit Authority (WMATA)– @Metrorailinfo — a New Carrollton-bound Orange Line train was offloaded at Ballston-MU due to a brake malfunction around 7:15 a.m., causing both the Orange and Silver Lines to single-track between East Falls Church and Ballston-MU. Services were eventually suspended around 7:40 a.m.

WMATA suggested that riders make the 20-minute walk from Ballston-MU to the Clarendon station to get back on a functioning train.

This delay follows the launch of WMATA’s “Back2Good” campaign that promises riders more accountability, reliability, and progress in 2018. In February, it seemed like WMATA’s efforts were having a positive impact.

Our latest #back2good update shows the best railcar performance in 8 years, crime at the lowest level since 2005, 90% of all rush hour trips on Metrorail have arrived on-time since Rush Hour Promise started and 36 underground stations now have free wifi. #wmata pic.twitter.com/IPlhoBlo8T

Metro touting some high profile numbers here. Do you feel like the system is getting better? #wmata https://t.co/TAdYyiCVBj

But some riders feel that the Back2Good campaign hasn’t lived up to expectations. Today’s setback prompted riders to voice their frustrations on Twitter.

Apparently a “disabled train” has completely wiped out service between East Falls and Clarendon. At what point is #wmata going to make actual improvements to its terrible service? @unsuckdcmetro

As a part of the Back2Good effort, Metro instituted the Rush Hour Promise, which credits customers’ accounts the cost of any ride that takes 15 minutes longer than expected. After today’s snafu, it’s likely that many riders will see a reimbursement via the new Rush Hour Promise program. 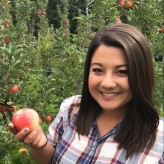 Sydney Fazio is a social journalist for Capital News Service in the College Park bureau. She is currently a sports reporter for Stories Beneath the Shell, and has done freelance reporting for The Diamondback.